My four days in Cape Town were just enough time to do the four events I had hoped to see/do.

The first day I hiked up Table Mountain…which I wrote about here.  The second day I took an organized tour of the peninsula of Cape Town, which you can read about here and here.  The third day I took the Red Bus City Tour.  If I remember correctly, it was about $20, but you could hop on and off at different sites around the City.  Before boarding, I took a walk around the Waterfront area of Cape Town.

I only got off the bus once…at St. George’s Cathedral.  I love to take photos of churches and go inside.  This Cathedral is South Africa’s oldest. 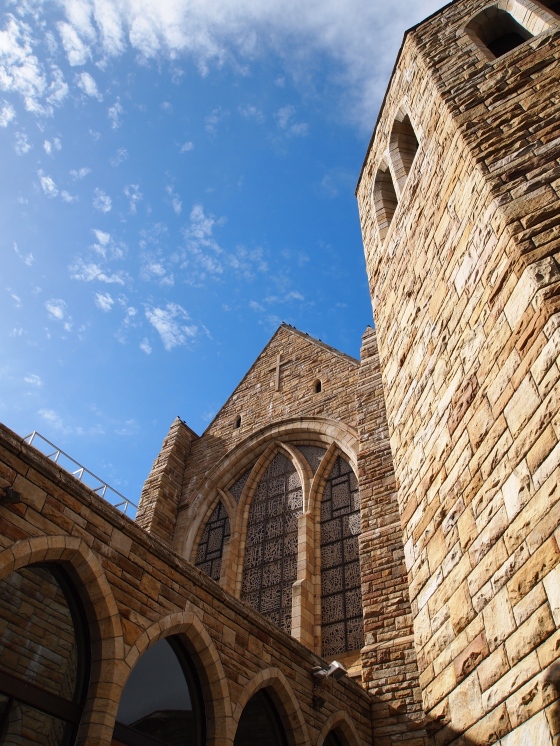 There was a small park nearby and I took a few more photos before walking to the next stop.  I love to people watch!  It was fun watching these men taking photos of the pigeons. 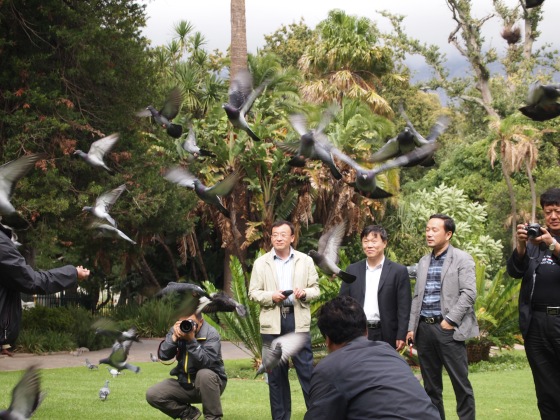 My fourth day was spent taking a winery tour…so I’ll see you there next!