Climbing Arthur’s Seat in Edinburgh was high on my list of things to do while in Scotland and early in the morning on our last day there, my friend and I walked 10 minutes from our Airbnb to do just that!  Located a mile from the Edinburgh Castle and standing 822 feet above the City, the views are breathtaking!  This is the highest we got because it had drizzled and was a bit slippery and the route we chose to hike was a bit more like rock climbing.  But the view of the city was spectacular!

My friend Teresa took a photo of me with her camera navigating my way up the steep hill and she remarked that she wasn’t as worried about going up as she was with coming back down.

Back to the beginning of our adventure.  We walked along this route until we saw the steps in the second photo.

Like the extinct volcanic rock that Edinburgh Castle sits upon, Arthur’s Seat was formed by a glacier moving through the area. 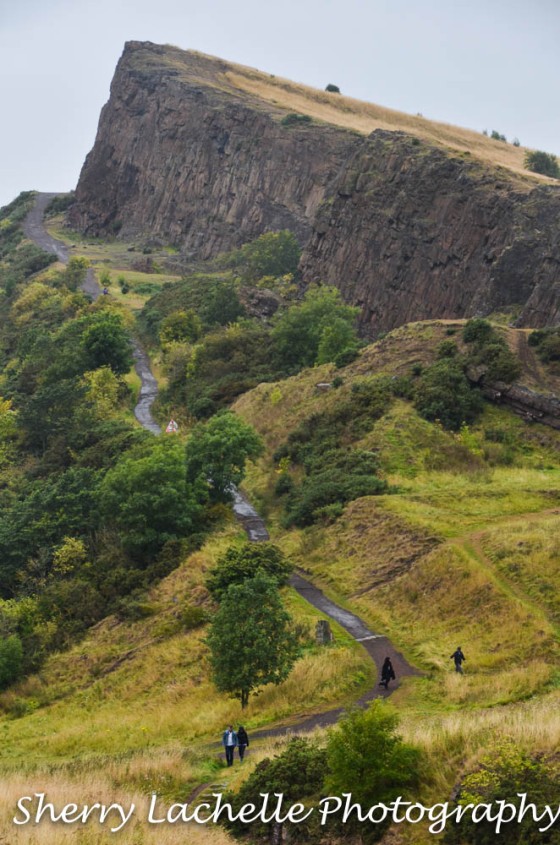 There are a variety of myths surrounding Arthur’s Seat, including that it was the location of Camelot, and also many references within literature that mention it.

Looking away from the city this is the view…

Having already walked over 60 miles during our week’s stay in Ireland and Scotland, we didn’t feel like we were missing out by not making it to the top.  Now, we’re headed back down…

The scenery in Edinburgh was dramatic and bold and we loved it!

Join 4,828 other followers
Your visits are my reward. I prefer not to accept awards...thank you for the thought!