My second and final day in Savannah was spent taking a drive to Tybee Island with Sonya (my Couchsurfing host).

Located approximately 30 minutes by car from Savannah, with lots of shops and restaurants, it’s a great spot to spend the day!

As soon as we walked onto the beach, there were lots of birds!  Seagulls and Black Skimmers!  I started running alongside them so they would fly for our photos…

We walked onto the pier…

And under the pier…

After leaving the beach, we stopped at some shops that had interesting items… 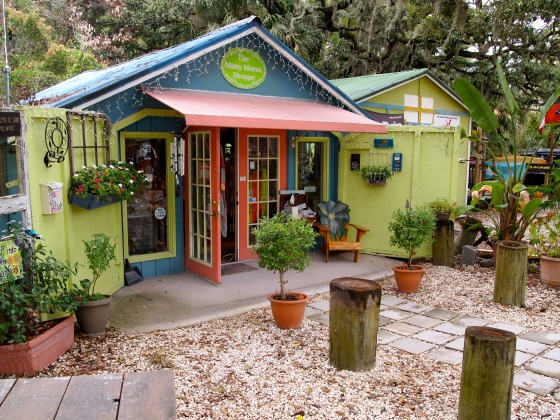 On the way home, our next stop was the grocery where I purchased ingredients for the dinner I was preparing!

Sonya and her husband Graham had booked an evening carriage ride in Savannah, so we had a nice tour of Downtown after dinner.  It was a little chilly, but they had blankets.  I had seen much of what we saw during my self-guided walking tour, but the Tour Guide had some interesting tid bits to share.  I didn’t know that most of Historic Downtown Savannah is built on top of a grave yard!  Unfortunately, none of my photos came out…it’s difficult to take night photos when you’re moving! 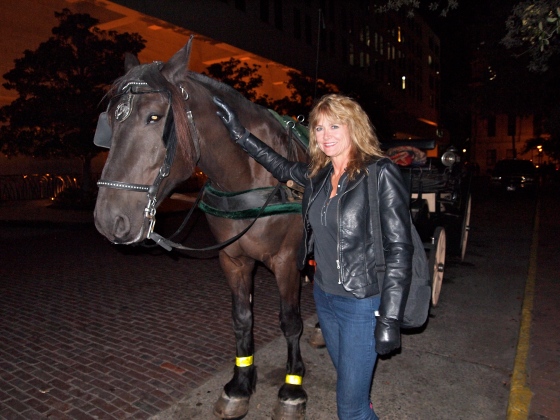 I hope you’ll keep following my adventures as I travel to the Pensacola/Destin/Panama City Beach area tomorrow!

I left Alexa’s (my Couchsurfing host) at 7am to drive the 2 1/2 hours from Charleston, S.C. to Savannah, Georgia.  I parked at the Visitors’ Center (it’s free for the first hour and only $1 for each additional hour), spoke with a very nice lady about Savannah and started walking on my self-guided tour.  Before arriving, I was wondering how it would compare to Charleston.  Both are walking cities…if you don’t mind walking for a few hours.

This is the first photo I took at the Savannah College of Art and Design.  They own over 80 buildings in Savannah! 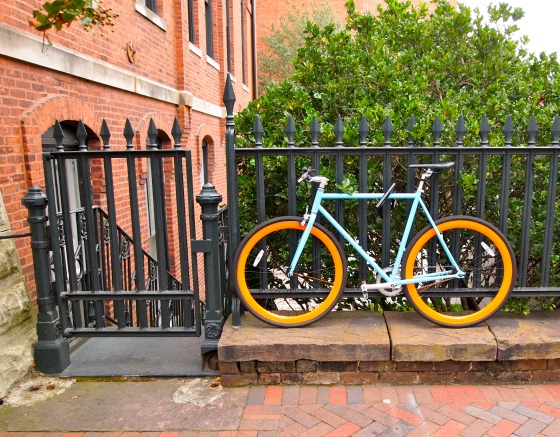 I walked about a mile down Martin Luther King, Jr. Blvd. to the Savannah River and turned right.  There are restaurants and shops lining the River and it extends about 10 blocks. 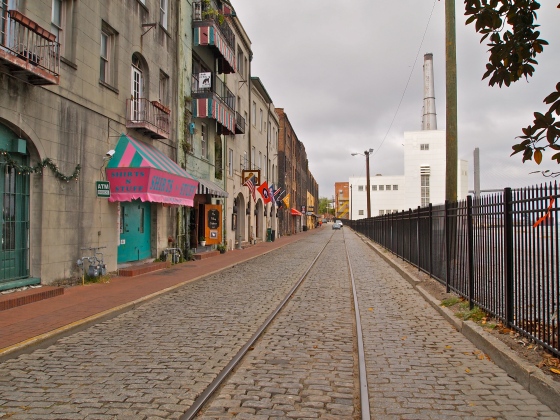 The weather started out in the 50’s and cloudy, but warmed up to the 60’s with some sun.  You can see the river in this shot…

This is the WWII Monument, “A World Apart“, symbolizing a world divided by war.

The steel globe is overlaid with bronze oceans and copper continents. The pathway lists the 527 Chatham County residents killed during the war. 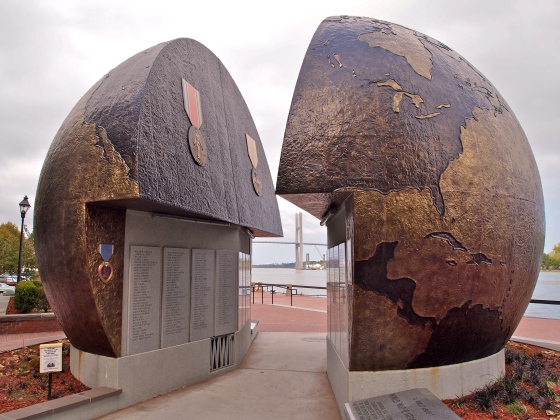 This is the Waving Girl Monument…

I couldn’t resist asking if I could take a photo of the barbershop…(they looked at me oddly)!

A puddle of water…:)

Savannah has a variety of types of architecture.  In comparison to Charleston, the City seemed a bit run down, but still beautiful!  Historic Downtown Savannah has 22 beautiful squares with a statue or fountain and benches for sitting. 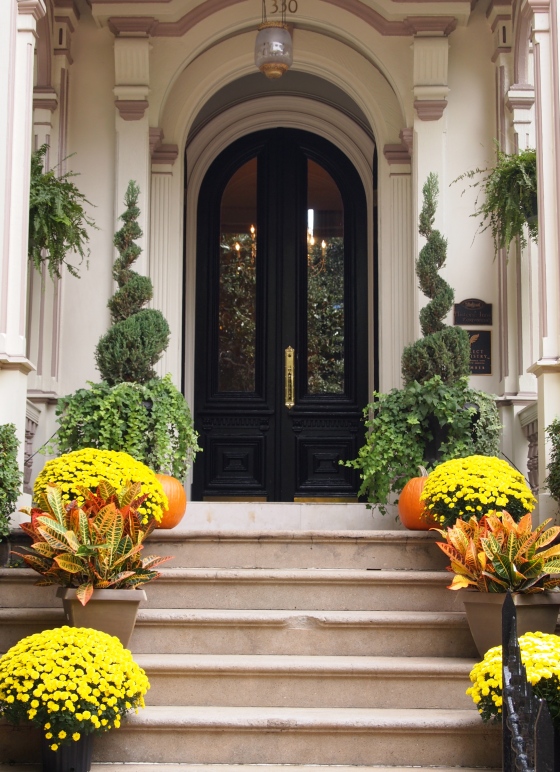 The Cathedral of St. John is massive and spectacular!  I’m not posting a photo because it’s difficult to take a photo to do it justice!  There are quite a few Churches in Savannah, but I’ll just post this one…

The Oak trees with the Spanish Moss hanging down are beautiful and are everywhere! 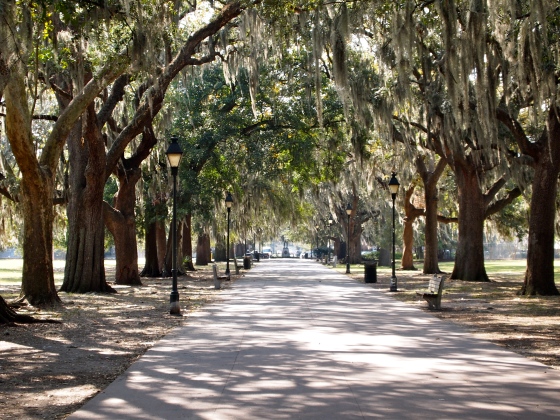 This stairwell caught my eye…

I drove to the home of my Couchsurfing host–Sonya, her husband Graham, and 16 yr. old son–Val.  Sonya is from Bulgaria and full of life!  We spent a couple of hours looking at her photos from Bulgaria and Belgium.  She was in the Bulgarian Army for 17 years and has only been in Savannah for two months.  Her husband is still in the Army and is leaving for Afghanistan after Thanksgiving.  I was in the Army years ago…so we all have something is common!

She made Chicken and stuffing for dinner.  Tomorrow Sonya and I are going to Tybee Island and she made a reservation for all of us to go on a carriage ride in Downtown Savannah in the evening!