An optional activity through my G Adventures 35 day African Overland Truck trip was to have your fortune told by a Witch Doctor at Lake Malawi!  It was only $6, so off I went with the Tour Director, our translator/guide and one other fellow traveler.  It was only a 10 minute walk down a dirt road from our campsite and along the way, we came upon a school.  We stopped to say hello to the school children.  They were in class, so we briefly spoke to the Principal.  A few minutes later, the children were released for a recess and I started taking some photos.  They were so exuberant, I felt like I was being mobbed.  I was surrounded and I was trying to get them to back up so I could take the photos. 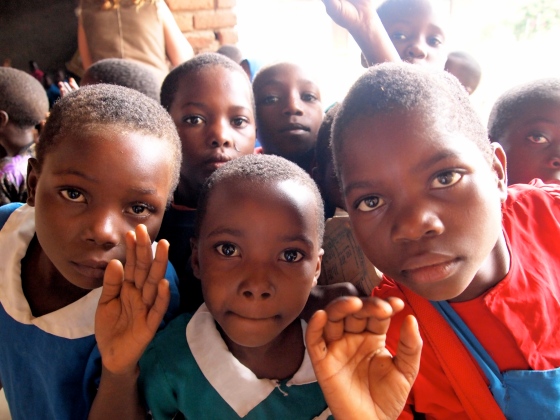 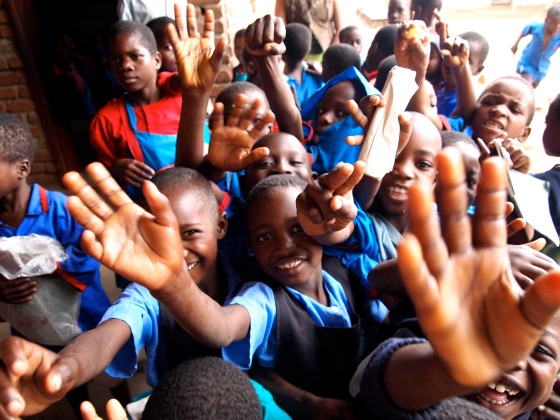 It was time to go, so after I was positioned farther away, I was able to zoom in and get a photo of them…. 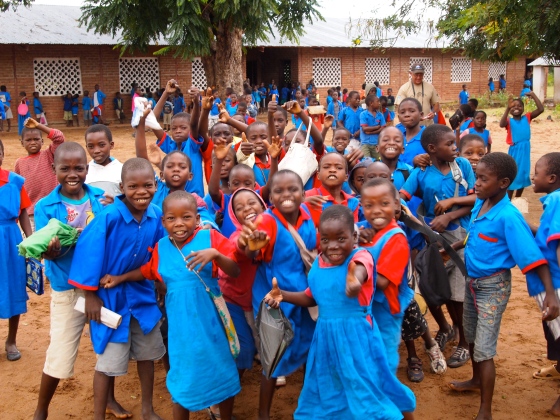 The school didn’t have any desks for the children (they sat on the floor), and no light!  We talked with the translator about ways to help and he said the sad thing was that when organizations or people would donate money, it would go into the pockets of the bureaucrats, police, administration, etc.

The Witch Doctor’s hut was in a very small village.  This was one of the other village huts… 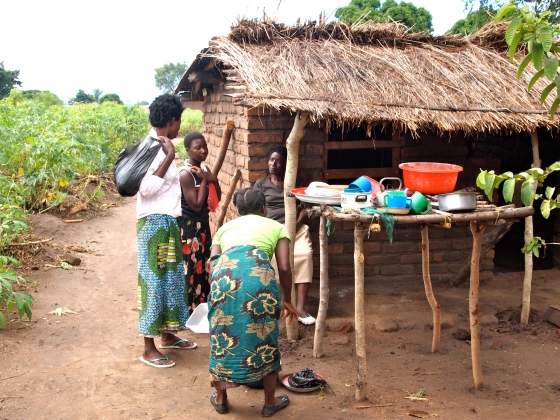 Here’s the Witch Doctor.  His belt and ankle bracelets made noise when he walked or danced. 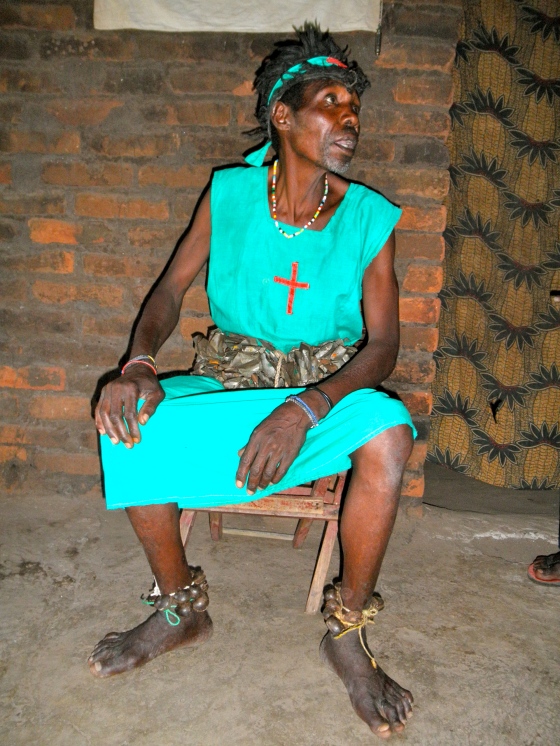 The other traveler, Peter, and myself entered the Witch Doctor’s hut and had a seat on a mat on the floor.  Some of the village people also entered.  These children were darling… 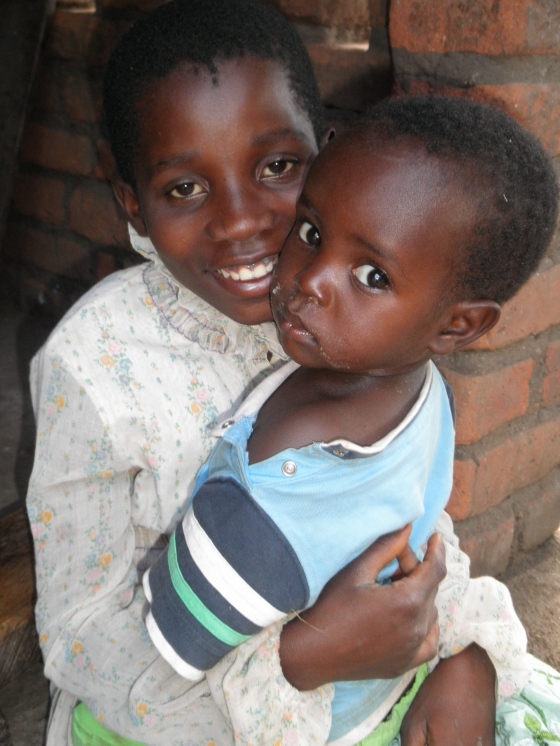 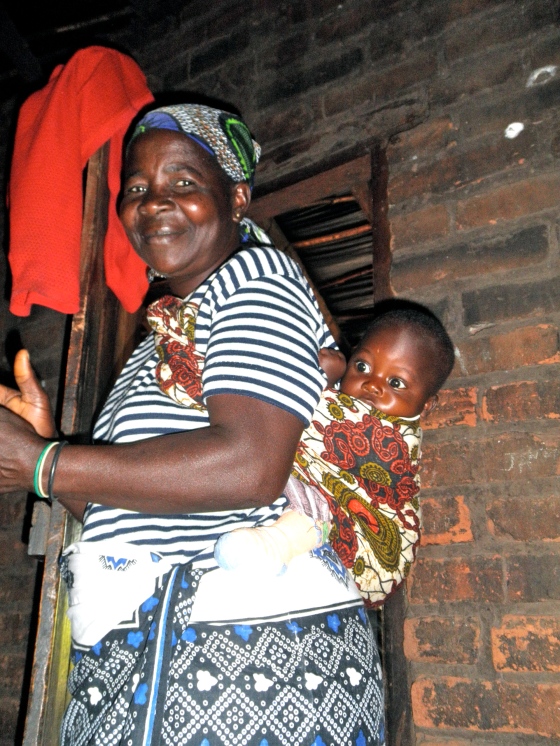 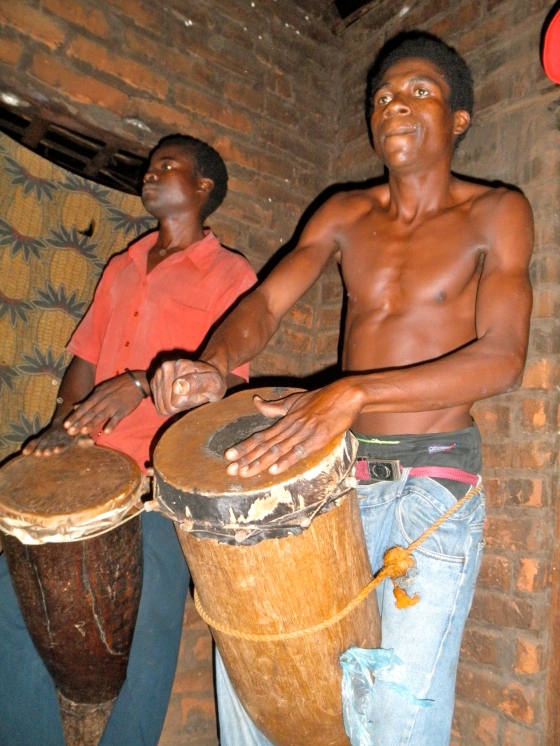 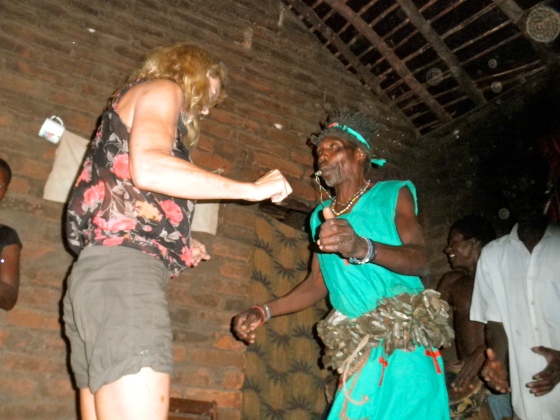 After all of the whistling, drumming, dancing and festivities, we all exited the hut, except for Peter, who stayed for his fortune.  After he came out, it was my turn.  The Witch Doctor told the translator that I was not married, had one child, my future looked bright (no problems), and that I would be blessed if I bought more items from the merchants selling wooden carvings that are located right outside of our campground.

He was right that I have one child!  I did buy about six wood carvings (most of them for gifts) so I should be quite blessed!

Like Loading...
Join 4,905 other subscribers
Your visits are my reward. I prefer not to accept awards...thank you for the thought!