It was the end of May of this year when I took four trains from Fussen and 3 ½ hours later I was at the Munich Airport for my flight to Mykonos. Side note about taking trains in Germany. Occasionally trains will split, meaning the front goes one way and the back would disengage at some point on the ride and go somewhere different. Since the scrolling messages on the platforms are in German, it’s wise to ask someone. It happened on one of the trains on my journey to the airport and numerous other rides I took during my almost two week stay.

I was picked up by my hotel’s shuttle and transported 10 minutes to my lodging. I’d only been to Greece once in 2010 for part of a day in Corfu while on a Mediterranean cruise. After checking in, I ordered a daiquiri from the pool bar (photos below) and walked 15 minutes round-trip to a grocery. Mykonos is lovely! 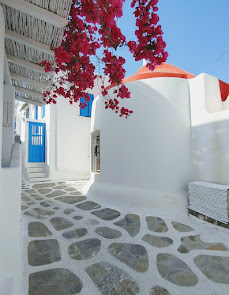 The Kato Mili, constructed in the 16th Century by the Venetians, are beautiful! 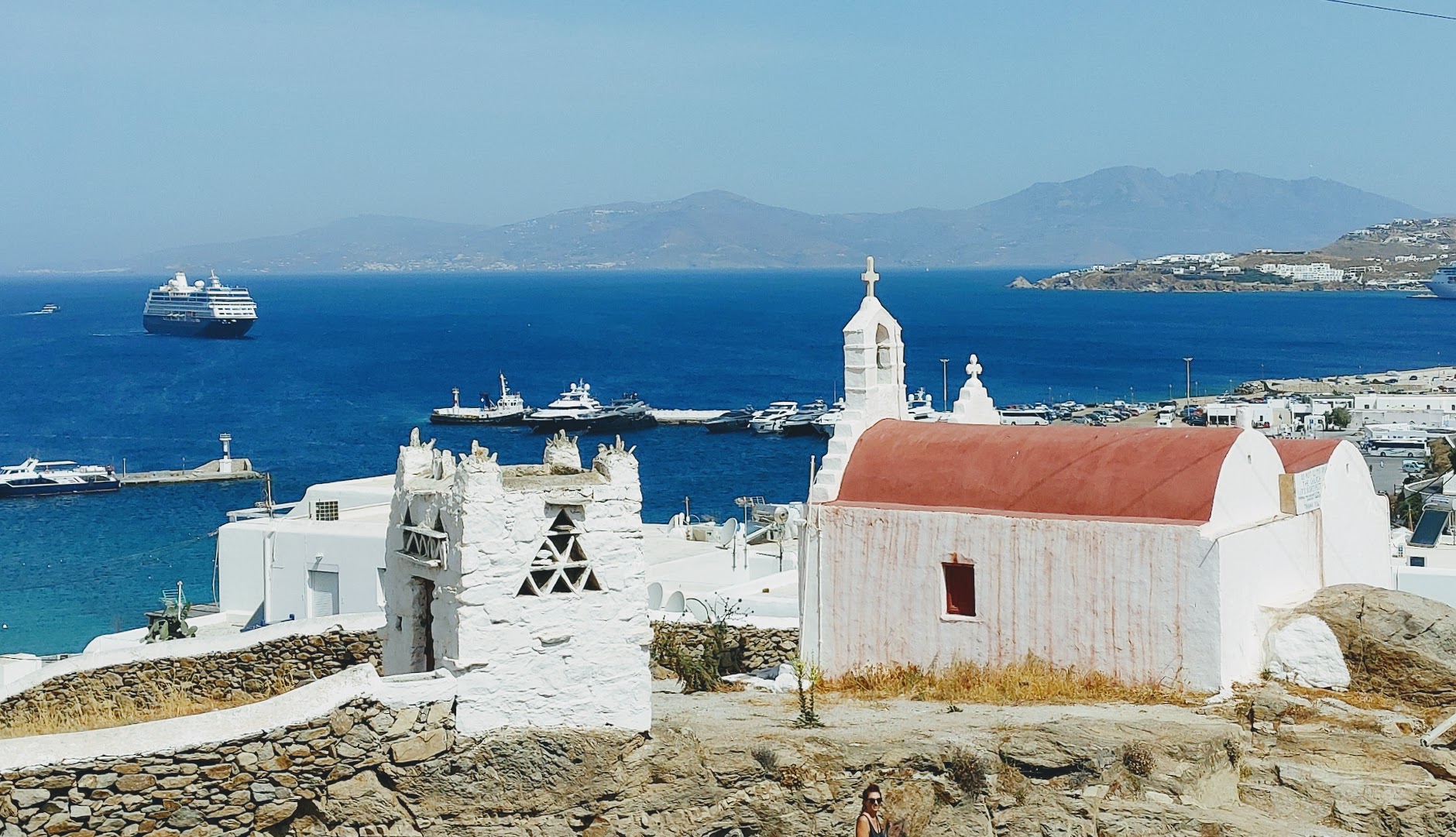 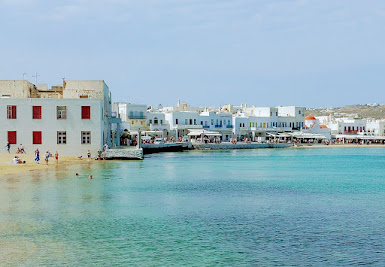 It was only a five minute walk downhill from my hotel to the center of town. My room was very nice. 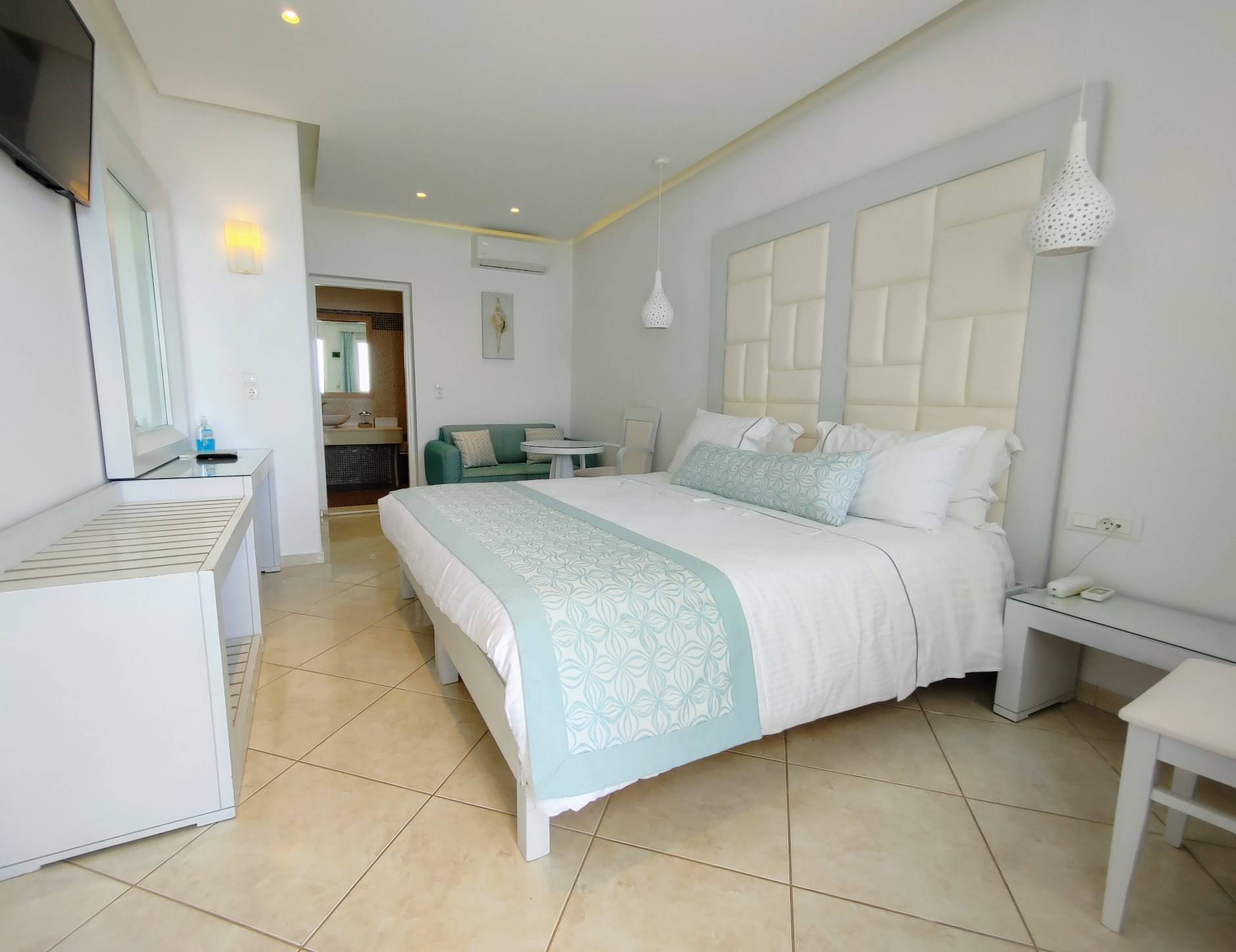 The pool was so refreshing after a morning of exploring. The weather was perfect in the high 70’s.

My front patio and view. 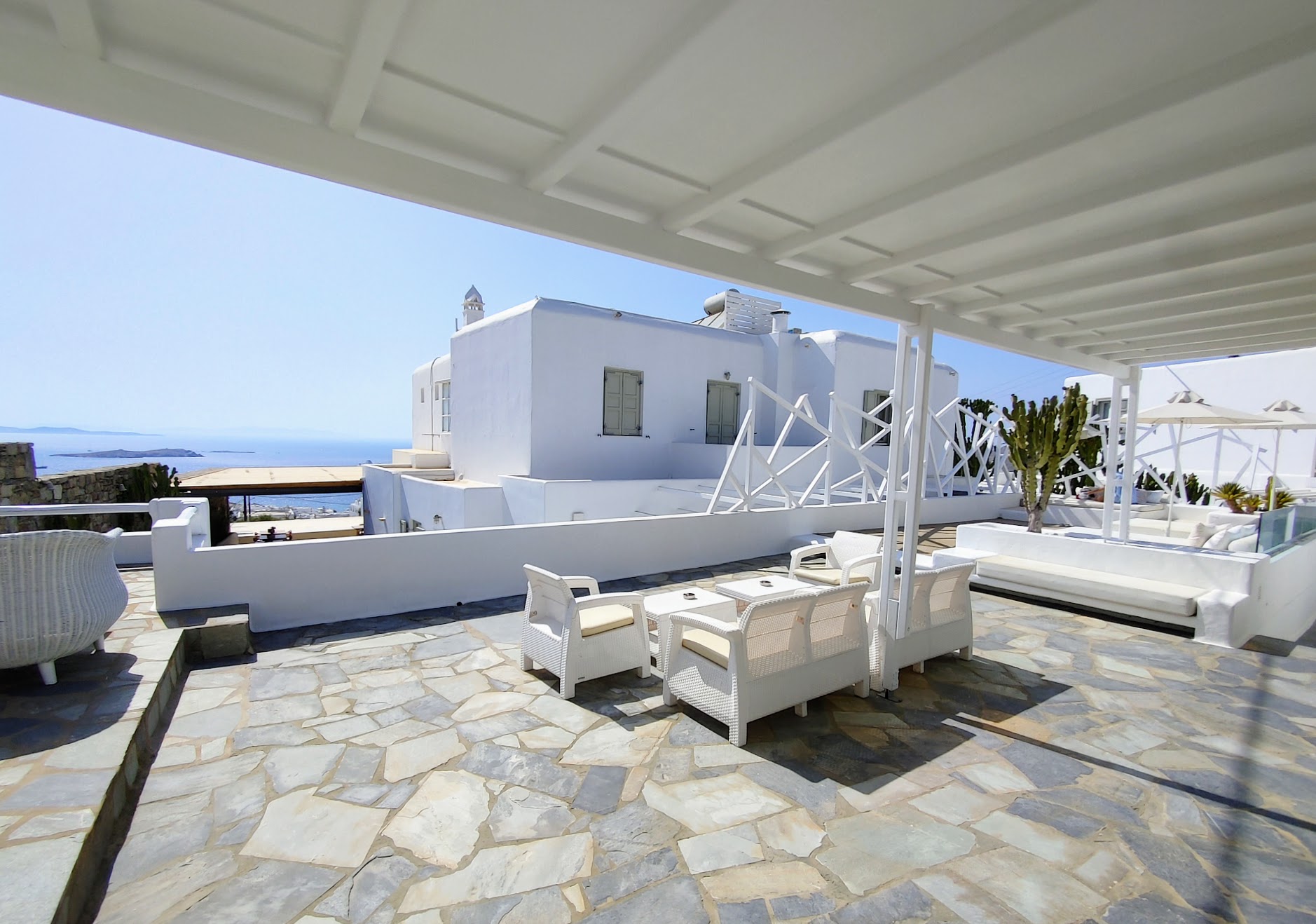 That 13 euro daiquiri I mentioned. 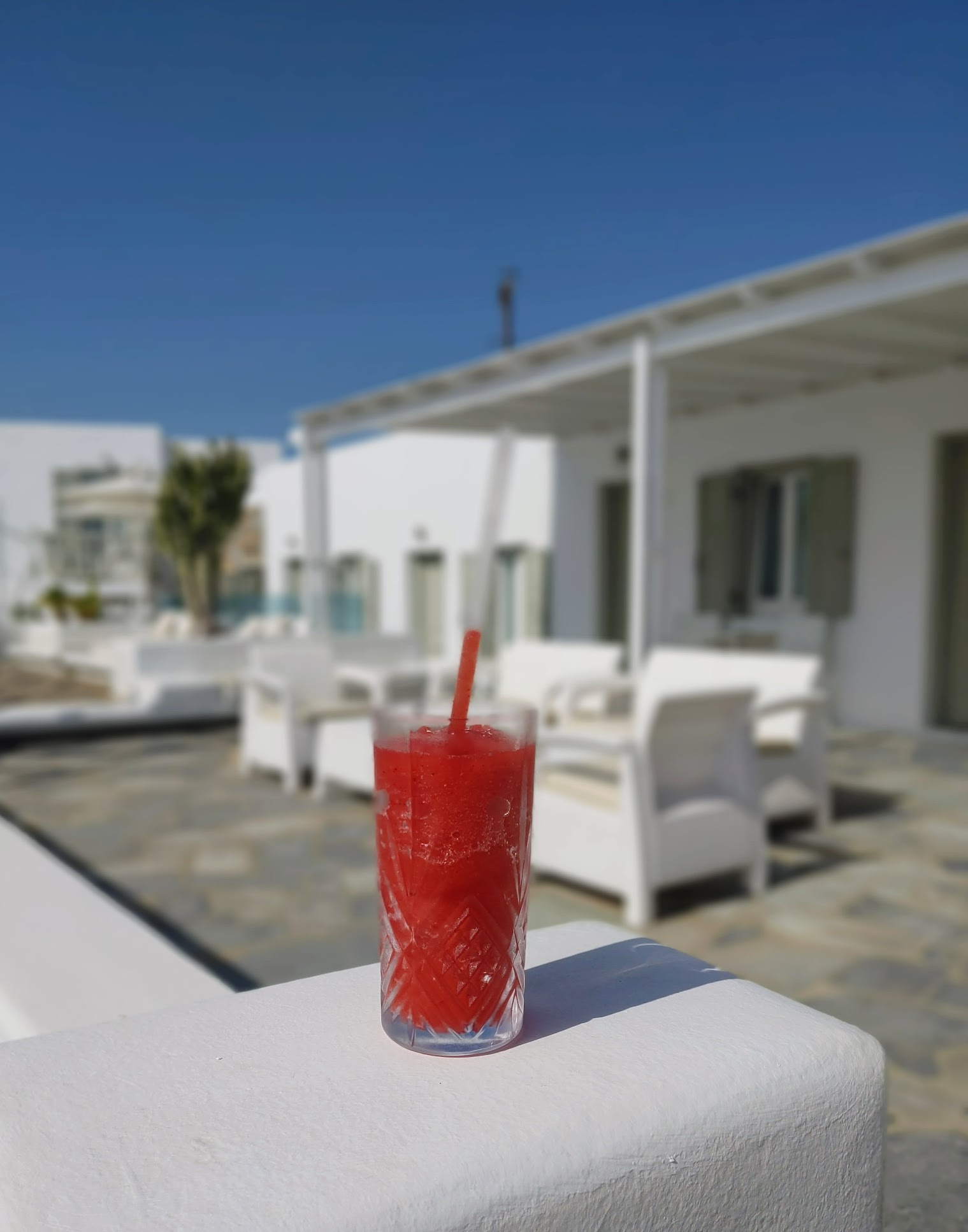 Join 4,828 other followers
Your visits are my reward. I prefer not to accept awards...thank you for the thought!